Pluto - Pluto and the Gopher

Pluto - Pests of the West 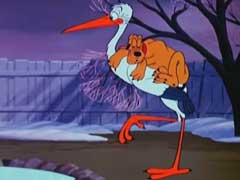 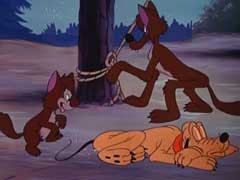 The high mountains are a dangerous place for humans, so valiant rescue dogs mount the guard, keeping their casks of brandy at the ready. So does Pluto, too proud to play a single paw-move with a jolly polar seal-pup, who simply sees the wooden thing as a fun toy, but the bumbling beast soon discovers the perils of the ice-scape extend to canines who snootily stick their snout too high to see where they tread: he stumbles into the ice, gets caught under it and passes out. The slick seal bravely dives in after him to pull his unwilling playmate out, already covered in a huge ice-block, and puts the cask to miraculously effective use on its carrier.